The “Man of Sin”…The “Son of Perdition” 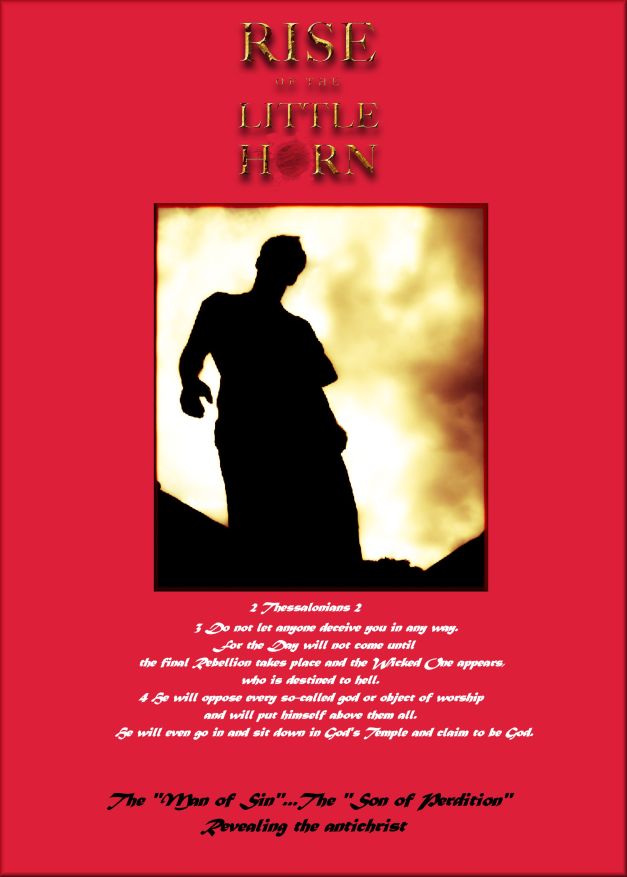 The Watchtower Society-The Two Extremes And The Schism That Followed

A schism offering a false dichotomy

From Zionist To Anti Semitism

One of the groups that Hitler sent to concentration camps were Jehovah’s Witnesses. They were forced to endure unspeakable atrocities and many lost their lives. The individual actions of many Witnesses are commendable and the Watchtower holds up this part of their history in great esteem.

What is not discussed is the hypocritical actions of Rutherford in the lead up to these events. Early in 1933, the Watchtower office in Berlin was closed and Jehovah’s Witnesses were banned in many German states.

In an attempt to appease Hitler, Rutherford instigated a Declaration of Facts and sent a letter to Hitler discussing the Watchtower’s support of the Nazi regime.

Current Watchtower references provide a deceptive portrayal of these documents, through selective quoting. The Proclaimer’s book mentions that Rutherford wrote a letter to Hitler under the context of “facing Nazi oppression”, in which the Watchtower Society is made to sound as if they were firmly against the Nazi regime.

“Therefore, on June 25, 1933, a declaration regarding their ministry and its objectives was adopted by Jehovah’s Witnesses at an assembly in Berlin. Copies were sent to all the high government officials, and millions more were distributed to the public. Nevertheless, in July 1933 the courts refused to grant a hearing for relief. Early the following year, a personal letter regarding the situation was written by J. F. Rutherford to Adolf Hitler and delivered to him
by special messenger. Then the entire worldwide brotherhood went into action.

On Sunday morning, October 7,1934, at nine o’clock, every group of Witnesses in Germany assembled. They prayed for Jehovah’s guidance and blessing.

Then each group sent a letter to German government officials declaring their firm determination to keep on serving Jehovah.” – Jehovah’s Witnesses – Proclaimer’s Of God’s Kingdom p.693

It is quite surprising to find the opposite is true, which can be identified when reading the content of Rutherford’s
1933 letter to Hitler and the Declaration of Facts.

Russell, founder of the Watchtower, was a Zionist and sympathetic to Jews as part of modern-day fulfilment of Bible prophecy. Rutherford initially continued such support, but changed by the 1930’s to an anti-Semitic stance.

“Be it known once and for all that those profiteering, conscienceless, selfish men who call themselves Jews, and who
control the greater portion of the finances of the world and the business of the world, will never be the rulers in this new earth.
God would not risk such selfish men with such an important position” The Golden Age 1927 Feb 23 p.343

“The Jews were evicted from Palestine and ‘their house left unto them desolate’ because they rejected Christ Jesus, the beloved and anointed King of Jehovah. To this day the Jews have not repented of this wrongful act committed by their forefathers. … In 1917 the Balfour Declaration, sponsored by the heathen governments of Satan’s organization, came forth, recognized the Jews, and bestowed upon them great favors. … The Jews have received more attention at their hands than they really deserved.” Vindication – Book II (1932) pp.257-258

“In June of the so-called “Holy Year” of 1933 Adolf Hitler’s regime seized the Watch Tower Society’s property in Magdeburg and banned the activities of Jehovah’s people in Germany as regards meetings and literature distribution, though the property was returned that October.” Yearbook 1975 p.174

In an effort to overturn the ban, Rutherford sent a Letter and a Declaration to Hitler, in which he could rightfully praise Hitler for his anti-Anglo/American campaign and his stance against the Jews.

“Following is part of an English translation of the Letter to Hitler. (known as the Declaration of Facts)

“Dear Reichskanzler,
…
The Brooklyn headquarter of the Watchtower Society is pro-German in an exemplary way and has been so for many years. For that reason, in 1918, the president of the Society and seven members of the board of directors were sentenced to 80 years in prison, because the president refused to use two of the magazines published in America under his direction for war propaganda against Germany. These two magazines, “The Watchtower” and “Bible Student” were the only magazines in America which refused to engage in anti-German propaganda and for that reason were prohibited and suppressed in America during the war.

In the very same manner, in course of the recent months the board of directors of our Society not only refused to engage in propaganda against Germany, but has even taken a position against it. The enclosed declaration underlines this fact and emphasizes that the people leading in such propaganda (Jewish businessmen and Catholics) also are the most rigorous persecutors of the work of our Society and its board of directors. This and other statements of the declaration are meant to repudiate the slanderous accusation, that Bible Researchers are supported by the Jews.

The conference of five thousand delegates also noted – as is expressed in the declaration that the Bible Researchers of Germany are fighting for the very same high ethical goals and ideals which also the national government of the German Reich proclaimed respecting the relationship of humans to God, namely: honesty of the created being towards its creator. The conference came to the conclusion that there are no contradictions when it comes to the relationship between the Bible Researchers of Germany to the national government of the German Reich. To the contrary, referring to the purely religious and unpolitical goals and efforts of the Bible Researchers, it can be said that these are in full agreement with the identical goals of the national government of the German Reich.

We are looking forward to your kind approval, which we hope to receive soon, and want to assure our highest respect to you, honorable Mr. Reichskanzler.

Since that time two groups have formed. One supporters of C. T. Russell (at some times called ‘Russellites’), and another group who support the views and teachings of J. F. Rutherford (Rutherfordites). This schism continues to exist until today. Each group claiming the other is wrong. The reality is that they are both out of harmony with the teachings of the Bible and both fall short of true obedience as disciples of Christ.

They each cling to an earthling man as their spiritual leader. They prove themselves to be disciples of men and not of Christ Jesus.

Paul spoke of this very phenomenon occurring in the first century.

“Now I beseech you, brethren, by the name of our Lord Jesus Christ, that ye all speak the same thing, and that there be no divisions among you; but that ye be perfectly joined together in the same mind and in the same judgment.

11 For it hath been declared unto me of you, my brethren, by them which are of the house of Chloe, that there are contentions among you.

13 Is Christ divided? was Paul crucified for you? or were ye baptized in the name of Paul?”

Just substitute the names Cephas and Apollos with Russell and Rutherford. They both are doing the very thing the Apostle warned against.

Was it Russell that died for you? Was it in Rutherford’s name you were baptized?

They are divided because their discipleships are founded on men and their warring is divisive and hinders the operation of the Holy Spirit. They glorify men and man-made organization and entice others to follow their path.

It is Jesus Christ is who is to be followed. They need to stop putting faith in earthling man.

Charles Taze Russell mixed Bible belief with mysticism (example: seeking answers by studying the Giza pyramid). He was a man who held Zionist beliefs and expectations. He was a man who preached that a person could not come to an accurate understanding of the Bible without reading his books. And he shared other non biblically based thinking.

Joseph Franklin Rutherford was an anti-Semite who groveled at Adolf Hitler’s feet using anti-Semitic speech to appease him. He turned what Russell started into an organizational structure. He also initially share Russell’s Zionist vision of the restoration of physical Israel.

The followers of Russell and the followers of Rutherford offer a false dichotomy. If one chooses either, they are not true followers of Christ and they would have those who listen and believe what they teach remain connected to a house that has been condemned. They will not as Jesus admonished, “Get out of her my people, that you be not partakers of her sins, and that you receive not of her plagues”.

These have not really heeded Christ warning as they will not make a clean break from the Watchtower Society. They continue to malinger in a house that Christ has condemned.

The face of the Great Apostasy

The attitudes and behaviors of men like these are not in harmony with the body of Christ as described in Holy Scripture. “It had the appearance of a Lamb; but spoke like a Dragon.”

Charles Taze Russell believed his books Studies In The Scriptures would be more benefit than the Holy Bible, if one had to choose between one or the other. These are his own thoughts, not mine. What arrogance! And the arrogance continues in the men above who run his organization today.

Why do I say “his organization”? Because when he willed the Watchtower over before his death, he willed it on the condition that his viewpoints would have to continue to be expressed. It is a matter of legality.

Many current Jehovah’s Witnesses prefer to remain ignorant about the facts surrounding this man.

While searching Holy Scripture, he also searched answers from the Giza pyramid and consorted with a person who wrote a book based on communication with demons! He recommended as good reading a book entitled, “Angels and Women”, which originated with the book entitled “Seola” by the author mentioned. Russell seemed as one who was attempting to drink from both the cup of Christ and the cup of demons. This is documented.

I wonder when they will remove the big sign stating, “Read God’s Word The Holy Bible Daily”. Bible reading can only confuse those that remain in Her. Babylon is so fitting. They have made themselves into the Watchtower Babble and Crap Society!

This message should be followed by reading the post entitled, ‘The Last Will and Testament of Charles Taze Russell’. It contains the actual will and testament of C T Russell and stipulations that it contains that validate my assessment of fact as earlier stated.